Not for Profit and Social Services

For over half a century, AGF1 has been providing asset management services to institutions and individuals around the globe. As an independent firm, we strive to help investors succeed by delivering excellence in investment management and providing an exceptional client experience. AGF has investment operations and client service teams on the ground in North America, Europe and Asia. This strong regional presence provides our clients with timely knowledge, insight and understanding of global markets.

As a proud Canadian company, with a wide global reach, AGF has a strong history of supporting organizations that promote health, protect the environment, foster a vibrant arts culture and invest in education and future leaders to make our community a better place to live and work.

AGF's co-founder C. Warren Goldring believed in supporting initiatives that improve society as a whole and make a difference in our own neighbourhoods and abroad. His legacy continues today as AGF promotes employee involvement in campaigns, causes and charities, while donating to various charitable and non-profit organizations.

Canada company-Canada Company is a federally registered charity created in 2006 that brings together community leaders from across Canada to support members of our military in the work they do at home and abroad. The organization is apolitical and is an advocate for Canadians who serve, or wish to serve, in the Canadian Forces – regular and reserve – and their families, ensuring that they receive the widest possible support, recognition and care.

Junior Achievement- Junior Achievement (JA) is the world’s largest not-for-profit organization dedicated to educating young people about business. With over 120 charters worldwide, JA brings a global view of business to local communities. Since 1968 Junior Achievement of Central Ontario has partnered with educators, donors and volunteers to bring a real-world experience into the classroom.

In 2014, AGF renewed our partnership with Junior Achievement of Central Ontario, supporting financial literacy programs and bringing AGF employees into the classroom. A group of AGF employees presented Junior Achievement’s “Economics for Success” program to approximately 100 grade 7 and 8 students. The program emphasizes the advantages of staying in school and how this choice today can positively impact their future dreams and career choices.

JDRF Canada-For a decade, AGF has sponsored JDRF’s annual Ride for Diabetes Research, raising funds to support research to cure, better treat and prevent Type 1 Diabetes. Through tremendous passion, team spirit and strong advocacy for a great cause, AGF has raised approximately $570,000 over the last six years in support of diabetes research.

As a long-time sponsor, AGF brings together clients, partners, friends and colleagues to share their artistic appreciation for creativity and culture through film.

United way of Greater Toronto- For nearly 60 years, AGF has been a proud supporter of the United Way. Dr. C.C. Goldring, father of the co-founder of AGF, was on the first board of directors for the United Community Fund, which was created in 1956 and later became known as the United Way.

The United Way supports local youth programs that help provide the basics all children deserve with Breakfast Clubs, the Boys and Girls Clubs and Stay in School programs. At AGF, we believe that by supporting at-risk youth, we give them more opportunities to become future leaders and improve their chances of having a positive impact on their communities. 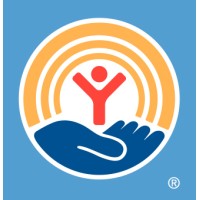 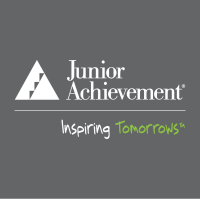 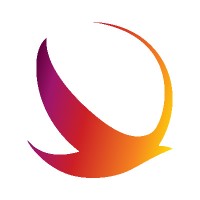 Not for Profit and Social Services