Here's Why The NHL is Selling Sponsorships Everywhere 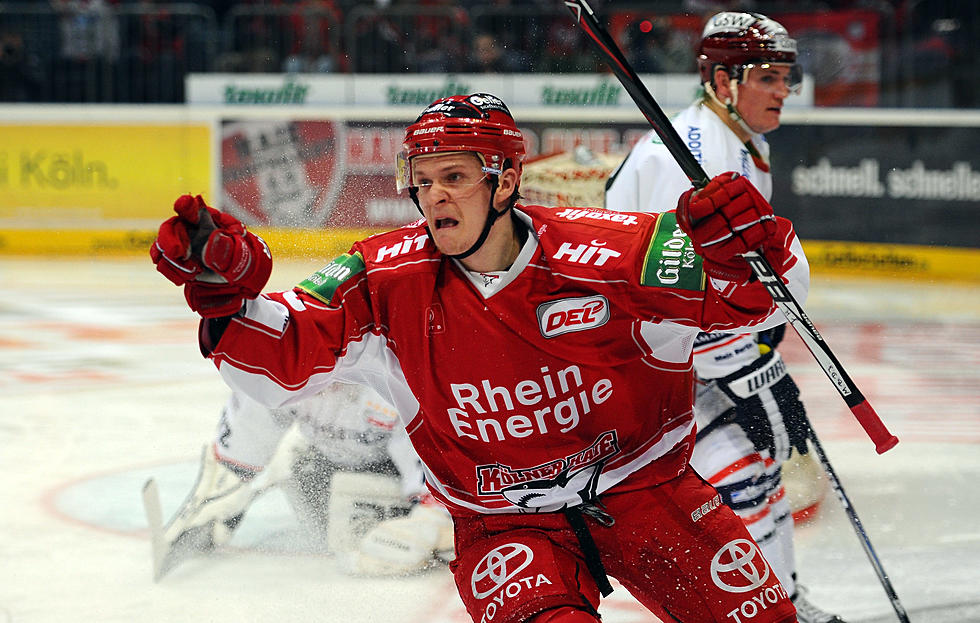 Several professional leagues have become crafty in not only how they present their product during the COVID-19 pandemic era, but they are also pulling out all the stops that they try to avoid.

This upcoming season of the National Hockey League will put a true test of how strong they can be after completing their season in two separate bubbles in Canada. The season eventually ended in September 2020 with the Tampa Bay Lightning taking home their second-ever Stanley Cup. The (2020)-2021 season begins Wednesday, January 13th with all 30 teams returning to play with limited travel and in some cases, no fans.

Each team is trying to figure out what they plan on doing day-by-day. It all has to be a moving conversation with the local and state (and in Canada, the government's) health department. Spectators are one of the key attributes for revenue for professional teams, but it is just a small portion of what can help offset the large expenditures that a team is set with even before a season starts. The largest expenditure - player contracts.

Now, it's time to put on my Sport and Recreation Management hat on (from Minnesota Crookston).

The Sports Daily laid out the best breakdown of some of the inner workings on how to operate an NHL franchise. To cover a majority of the costs of a team's expenses, the NHL's agreement with NBC for primetime broadcasts and games on the NBC Sports Network assists in the reach of the league but also becomes a revenue source. NBC's $200 million agreement with the league comes to an end after this season and is based on a full schedule, including playoffs. Canadian broadcasters have an agreement that lasts until 2023-2024 and is much more lucrative. Overall, each NHL team gets $20 million, but it won't happen this year with a limited 56-game schedule slated for this year. Local television networks, like Fox Sports Detroit or NBC Sports Chicago, have smaller deals that involve more year-round coverage and is negotiated by the network and the team.

Another small bit of revenue comes from merchandise sales either in team stores or online. Teams can also receive funds from royalty agreements, particularly with video games and local sponsors. Ticket sales are just a small percentage, with some of those funds that going to the arenas (unless the team has partial ownership of the arena, ie. Detroit). Same goes for concessions.

With a shorter season, there are several large contracts that some teams have that will take up the large balance of funds for this season. So, where do we go from here?

Teams already sell advertising on the dasher boards for season-long sponsorships from area and sometimes national companies and businesses. Larger, sometimes considered headline sponsors, will be able to snag the center ice spots open between the blue lines. Some of the smaller leagues, even down to the college ranks, will leave open areas in the offensive zones near the blue line for sponsorships. The NHL has priority on these.

Once the 2021 season begins, here are some new sponsorship areas that will be taken -
- The NHL is allowing helmet sponsorships this season. The Detroit Red Wings will have the letters "UWM" on their helmets for United Wholesale Mortgage, who will hold several major spots with the club after their partnership was announced January 3rd. A few teams are lucky to have two major sponsors for helmets, including the Columbus Blue Jackets (Ohio Health for home and Nationwide Insurance on the road) and the Florida Panthers (Ford for home and Baptist Health for away). All of the helmet sponsors can be found here.
- Another part for the collective bargaining of the NHL teams are the corporate sponsorship being allowed for the four regional divisions for 2021. I would think that the corporate sponsorship would be spread among the teams in each division, but I have not found a source to confirm it. These divisions include the Scotia NHL North Division (all of the Canadian teams), Discover NHL Central Division (South and Midwest), MassMutual NHL East Division and Honda NHL West Division (all US teams west of St. Louis, including the Blues).

This is just a temporary fix, especially for North American sports. But as the picture above indicates, it may be a long time before the uniforms start looking like several European professional leagues. It will be interesting to see if the teams in the NHL and the league as a whole can break even this year as they prepare for 2021-2022.

Article by Nate Adams as posted on https://wbckfm.com/heres-why-the-nhl-is-selling-sponsorships-everywhere/