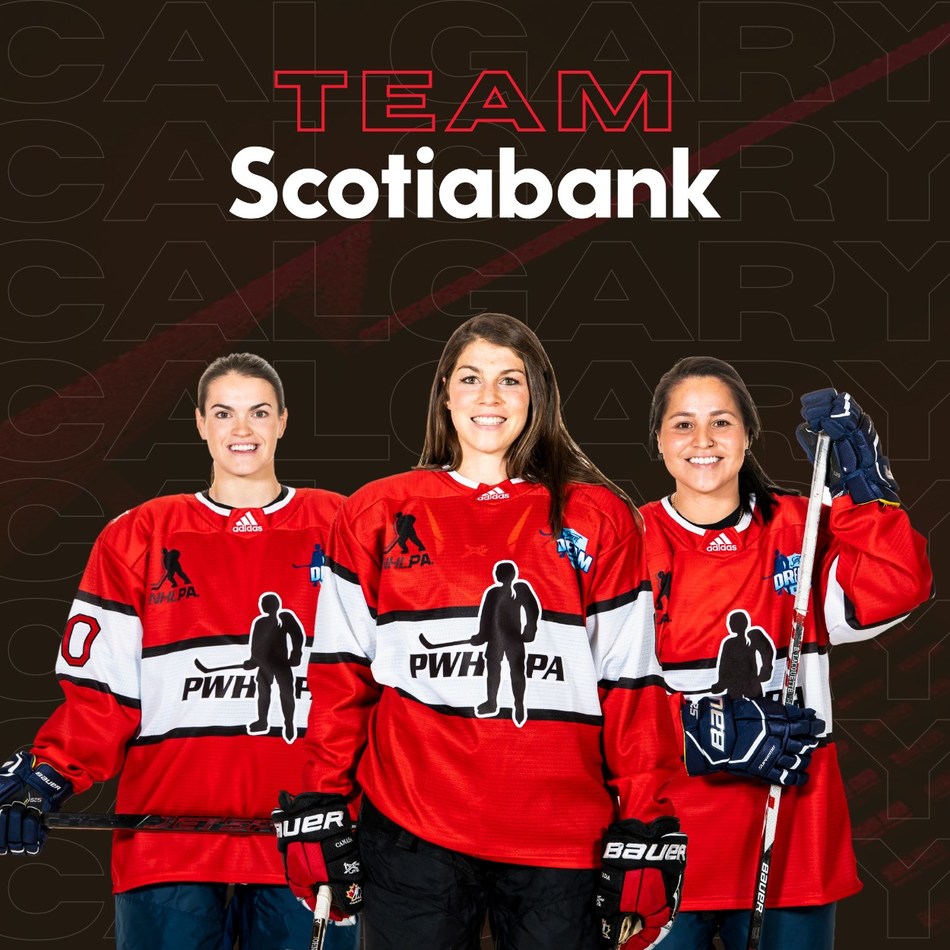 Scotiabank, in partnership with the Professional Women's Hockey Players Association (PWHPA), today announced its entry to the 2021 Secret® Dream Gap Tour. Players based in Calgary will officially be part of Team Scotiabank, and will compete against four additional PWHPA teams for the Secret® Cup.

Scotiabank is the Official Bank of the PWHPA and supports their goal of showcasing the most talented women hockey players in the world.
"We are proud to support the PWHPA and their efforts towards making ice hockey more inclusive for women," says Laura Curtis Ferrera, Chief Marketing Officer at Scotiabank. "At Scotiabank, we believe diversity makes us stronger. That's why we're committed to making sure hockey is welcoming and accessible to all players, no matter their gender. When we do this, young girls from all backgrounds can go on to inspire future generations of players and build a more inclusive game."

The PWHPA will announce dates for The Tour early next year and will adhere to all provincial and federal legislation surrounding the COVID-19 pandemic. All pertinent information relating to the tour will be shared via pwhpa.com.

"Sponsors such as Scotiabank are making it possible for women and young girls to pursue their dreams and achieve success at the highest level possible," says PWHPA player Brigette Lacquette. "I am beyond grateful for all the sponsors who support the PWHPA and am proud to be part of Team Scotiabank."

Scotiabank and the PWHPA are also collaborating on a mentorship program for young female players that is scheduled to launch in the new year.

"The PWHPA is thrilled to welcome Scotiabank to our team of incredible partners who continue to stand with us, and advocate for the creation of a viable and sustainable professional women's hockey league," says PWHPA Operations Consultant Jayna Hefford. "Scotiabank has committed to supporting hockey at all levels across the country, and we are excited to help grow the women's game alongside them."

Often referred to as Canada's Hockey Bank, Scotiabank has a long history of supporting girls and women in hockey, as evidenced by the following initiatives:


Scotiabank is also pleased to announce that one of Canada's greatest female hockey players -Cassie Campbell-Pascall – will continue as a Scotiabank Teammate. Scotiabank Teammates act as ambassadors at events throughout the year and are featured in Scotiabank's marketing campaigns. She is a passionate ambassador, who works tirelessly to help grow the game of hockey for women and girls, while promoting the importance of diversity and inclusion in the sport.