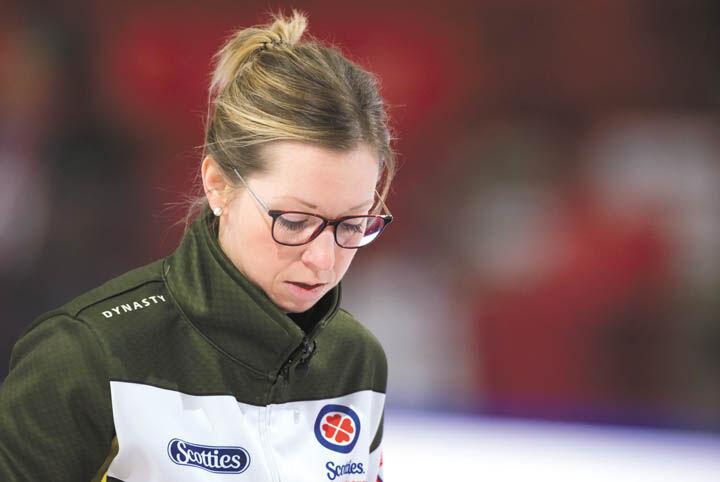 It is now official. Thunder Bay will host the Scotties Tournament of Hearts in 2022.

Curling Canada made the announcement Tuesday night as part of the national curling body’s decision to host their 2021 Season of Champions events, including the Scotties, the Brier, Canadian Mixed doubles and potential world men’s championship, in a bubble scenario later this winter with Calgary the hub city.

It will be 12 months later than expected, but it will be worth the wait stated Curling Canada in a media release.

“These are unprecedented times, as we all know, and while we had to make some tough decisions for this season’s events, it was gratifying to see the understanding and support from the scheduled host communities,” said Mitch Minken, Chair of Curling Canada’s Board of Governors in the release.

“It’s wonderful to see that Thunder Bay will get its chance to host the country’s most prestigious women’s curling championship and see Canada’s best curlers compete in the world-renowned Scotties Tournament of Hearts.”

Thunder Bay was initially picked to host the 2021 Canadian women’s curling championship Feb. 20-28 at Fort William Gardens. Instead, the event will be moved to Curling Canada’s hub city in Calgary due to the COVID-19 pandemic.

Thunder Bay’s curling community made it clear to Curling Canada that it was ready to step up and host the Scotties in 2022, which will be played Jan. 28-Feb. 6 at the Gardens. The dates are earlier than 2021 as 2022 is an Olympic year.

The buzz in Thunder Bay following the announcement of the 2021 Scotties in January was incredible, and it resulted in ticket sales that promised sold-out crowds for many draws especially with the potential of Krista McCarville’s rink having the opportunity to play for a national title in their hometown.

“We couldn’t be more grateful for this show of faith from Curling Canada, and I know that the 2022 Scotties Tournament of Hearts will be worth the wait,” said Rick Lang, vice chair for the Thunder Bay host committee and coach for Team McCarville.

“The fans and volunteers here in Thunder Bay will deliver a show that will stand out for years to come, and we’ll be ready to welcome Canada to the Fort William Gardens in 2022,” adds Lang, the two-time world champion and former national men’s coach.

Those not wishing to transfer their seats will be provided the option for a full refund. In the coming days customers will be contacted by ticketing staff. If you have a ticket related question, contact the Gardens box office during business hours at 625-2929 or email Curling Canada at tickets@curling.ca.

The opportunity to host this national championship in 2022 is expected to give a significant economic boost to the local hospitality industry and the community to recover from the pandemic according to Eric Zakrewski, the CEO of the Thunder Bay Community Economic Development Commission.

“The 12,000-plus room nights expected from over 5,000 visitors to our city by curlers, officials, broadcast crew and spectators will have an projected impact of over $7 million, which will make our return on investment from the municipal accommodation tax fund at $17 for each dollar spent,” said Zakrewski, noting that is why the board of directors of CEDC unanimously approved deferring the $400,000 hosting fee from the MAT fund to secure the national championship.

The Scotties is also receiving support from the City of Thunder Bay with significant upgrades planned for the Gardens to host the national championship which was last hosted here back in 1996.

The winner of the 2022 Scotties will represent Canada at the world women’s championship, which will be held in Canada. As well, the champion will return to the following year as the defending champion.

It will be the fifth time the Canadian women’s curling championship has been hosted by the Northern Ontario Curling Association.

The 2022 event will be the 41st edition of the Tournament of Hearts sponsored by Kruger Products, the longest standing sponsorship of women’s sports in Canada.

“Although the event will arrive in Northern Ontario a year later than expected, we are excited that the world’s largest women’s curling championship will give Canada’s top athletes an amazing Showcase,” said Susan Irving, Chief Marketing Officer at Kruger Products.

“As a Canadian company, with leading brands including Cashmere, Purex, SpongeTowels and Scotties, we are thrilled to continue our sponsorship of this event along with the provincial and territorial championships for the 41st year. We look forward to cheering on the country’s top curlers as they compete for the title of Team Canada.”