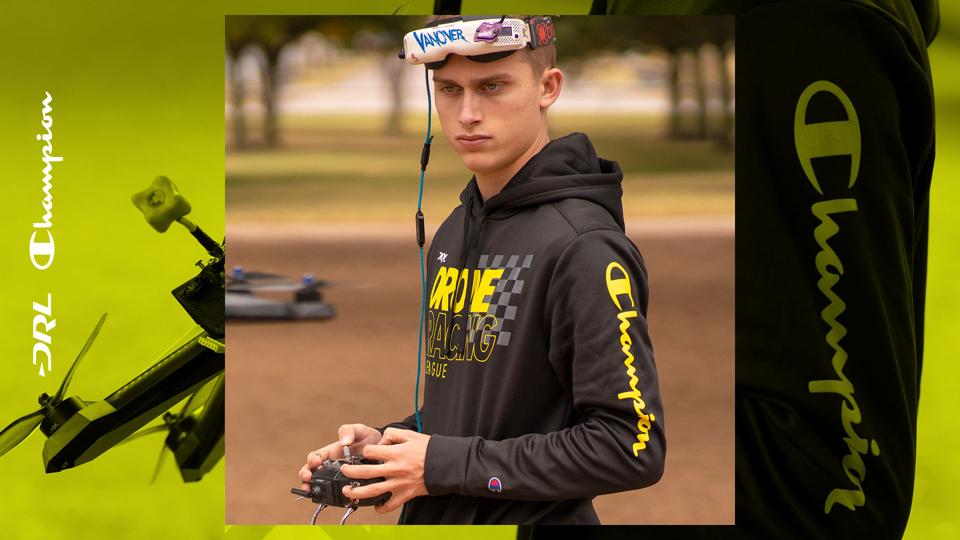 While other sports leagues and organizations are feeling the unrelenting strain and pressure due to the ongoing coronavirus pandemic, the Drone Racing League is whizzing by, going about as fast as their custom-built racing drones navigate through gates, turns and obstacles on a course.

“We’ve used this time to get smarter about our fans and dig into insights and analytics on our business,” DRL president Rachel Jacobson said. “With that intel, we’ve been able to pivot in some areas and double down in other areas, so we’ve been able to emerge in such a challenging time to really stake our claim.

“We’re all about partnering with bold, forward-thinking brands who have great ambitions just like we do at DRL. These three made a ton of sense for us. As we continue to scale our sport, you’re going to see us continue to announce great, ground-breaking partnerships.”

Founded in 2015 by Nicholas Horbaczewski, the Drone Racing League (DRL) features drone-racing pilots navigating custom-build drones at 90 mph via first-person view (FPV) through obstacle courses on both the DRL Simulator and in real life. It is broadcast around the globe on NBC, NBC Sports, Twitter, Facebook, Sky Sports, ProSieben, Groupe AB, and Weibo. The DRL in October announced two-time NBA champion Chris Bosh as its DRL Academy dean to spearhead STEM education and learning.

BodyArmor, the better-for-you sports drink vying to be the top dog in the category by 2025, is venturing into the realm of esports and gaming for the first time with this partnership. Founded in 2011, the company is already the official sports drink of the MLS, UFC and U.S. Open, and features a talent roster including 2020 Masters winner Dustin Johnson, 2020 U.S. Open winner Naomi Osaka, James Harden, Megan Rapinoe, Christian McCaffrey, Sabrina Ionesu and Mike Trout.
The partnership includes in-season product placement integrations and unique social content.

“Esports is a growing, billion-dollar industry that has seen some incredible momentum lately, especially with the rise in competitive gaming and the sheer number of consumers and fans that watch and follow it,” said Michael Fedele, BodyArmor vice-president of marketing. “Given that BodyArmor is the fastest-growing sports drink in the category, it made sense for us to continue that momentum and partner with the Drone Racing League to hydrate its pilots and introduce our products to their millions of fans.”

In conjunction with DRL’s first live event on NBC on November 22, Champion Athleticwear is releasing a new product line catered to drone racing fans, including a limited-edition DRL Flight Suit sweatshirt and sweatpants. Champion and DRL are also rolling out a national commercial spot to promote the product line and digital campaign, #aMillionChampionsflying.

Founded in 2017, gaming furniture brand Respawn will provide “cockpits” for DRL pilots to utilize when training and flying from the comfort of their own homes via the DRL SIM.

The addition of these three partnerships with more to be announced soon, according to Jacobson, is part of DRL’s mainstream expansion plans, especially with the holidays and end of the year fast-approaching and many sports still figuring out how to navigate the pandemic. The NBA settled on a December 22 start for its 2020/21 season, while the NHL is hoping to begin play on January 1, 2021.

“We’re moving as quick as drones and we’re scaling this league to be more mainstream when you think about the next generation of sports and technology-loving fans and consumers,” said Jacobson, who joined the DRL in April. “Marketers have gotten smarter about audiences. We can’t continue to pour money into the duplication across the big-5 stick and ball sports if we’re talking to the same generation of fans. We have to get younger, more diverse, more tech-savvy.”

Part of that plan, especially when it comes to integrating new, forward-thinking brands and companies will be magnified via live events. Previously a post-produced series, the DRL began conducting live events on November 19 and will continue to do so for the remainder of the 2020 season through December 27.

“We’re excited and the team is rallying around this opportunity,” Jacobson said. “It allows us up until showtime to be working with companies and partners. There isn’t that planning of months and months, so we can move on a dime to get companies and brands integrated because we have this live opportunity. … We’re going live and we’re going to continue to innovate in our sport.”