Sponsors drop We Charity sponsorship and donations amid political scandal 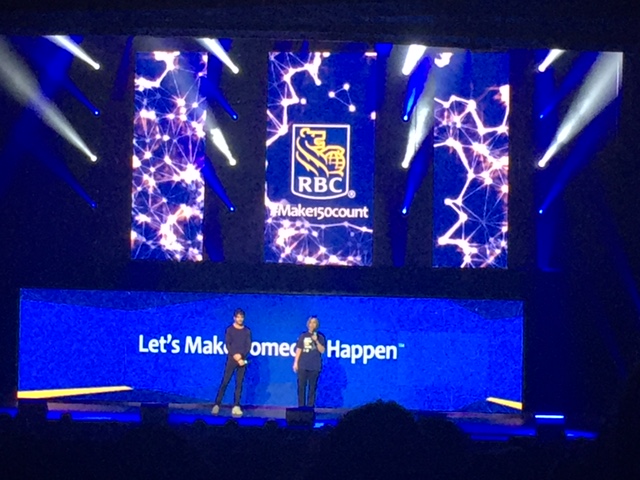 Several companies — including a major sponsor — that have provided cash, flights and gym memberships to WE Charity are dropping or considering backing away from supporting the embattled organization.

Royal Bank of Canada and GoodLife Fitness said Tuesday that they were ending their partnerships with the charity, while WestJet was still mulling over what to do about WE.
The decisions come amid an ongoing controversy over a federal government deal to run a $900-million student volunteer program meant to help youths during the COVID-19 pandemic.

WE — a Toronto-based charity formed by brothers Craig and Marc Kielburger in 1995 —was awarded a contract, before backing out of administering the program.

Prime Minister Justin Trudeau, whose mother and brother received money for speaking at WE events, and Finance Minister Bill Morneau, who has travelled on WE's dime and has a daughter that works for the organization, face ethics probes after failing to recuse themselves from discussions about the contract.

Morneau has since paid back the more than $41,000 his WE travels cost, while Trudeau has apologized.

Meanwhile, WE has laid off 450 contract workers and said it is eyeing a restructuring. The charity did not immediately respond to a request for comment. The Kielburger brother are testifying Tuesday at a House of Commons committee looking onto the student volunteer program.

"After reviewing our partnership, RBC and WE Charity have reached a mutual agreement to end all sponsorship and donation programming," said spokeswoman Gillian McArdle in an email to The Canadian Press, days after WE sponsor Virgin Atlantic Airways dropped the organization.

We's Global Learning Centre was brought to life with fundraising from a group of well-known philanthropists, including RBC executive Jennifer Tory, who proudly mentions the charity in her online bank bio.

RBC chief executive Dave McKay served as co-chairman of last year's We Day, a series of star-studded, stadium events attended by students across Canada to drum up awareness around the charity.

GoodLife Fitness, a chain of exercise facilities, also edged away from WE, whose staff it had given free gym memberships.

"In light of recent events, GoodLife has discontinued its partnership with WE," the company said in an email.

WestJet, which has provided free flights for kids in remote areas and staff to get to WE Day events since 2014, was taking a different approach.

"With WE Days suspended for 2020, we will work towards understanding the situation in greater detail before making any determinations," WestJet spokeswoman Morgan Bell said in an email to The Canadian Press.

This report by The Canadian Press was first published July 28, 2020.